Quote of the Month

"The body’s ability to fight bacteria and viruses is reduced by 67% in light drinkers with only two drinks."

If you spend over six hours a day on the internet, suffer withdrawal if your server crashes and obsessively check email, you could have internet addiction disorder.
China - which has the largest online population at 253 million people - has become the first country to classify Internet addiction as a clinical disorder.

Maintaining a balanced PH is one of the most important things we can do to enjoy vibrant health and avoid disease. Unfortunately, most people are far too acidic, which creates an environment open to unwanted invaders and ill health. The incredible rise in modern day diseases is a symptom of our overly acidic diets.

Toilets are a privilege that nearly half the world lacks. Researcher, Rose George notes that 80% of the world's illnesses are caused by fecal matter...
The consequence is often diarrhea, which is a mere irritation in the West, but in the developing world a lethal condition that kills 2.2 million people a year.

Over 150 health books
and products online at
www.lifestyleworks.nz 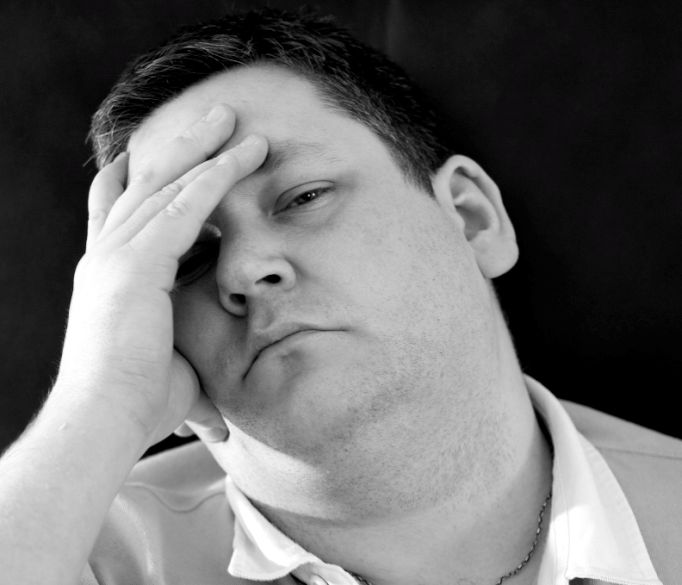 Britain could be heading for a dementia epidemic caused by heavy drinking, according to research.

The alcohol-fuelled revelry of the young and middle-aged will rack up brain damage, impairing their mental faculties in later life, it is claimed. The study by the psychiatrists Dr Susham Gupta and Dr James Warner, published in The British Journal of Psychiatry, has shown that excessive alcohol consumption can cause the loss of brain tissue, and binge-drinking is associated with an increased risk of dementia.

They warn of a "silent epidemic" of alcohol-related dementia unless urgent action is taken, and suggest that laws similar to those used to restrict smoking might be needed. Alcohol is said to account for around a 10th of all cases of dementia, and heavy drinking may contribute to almost a quarter.

The scale of the problem in the UK, fast becoming Europe's biggest alcohol consumer, has been overlooked, the scientists claim. Dr Gupta is a specialist registrar at the Chelsea and Westminster Hospital, London. Dr Warner is a consultant in older adult psychiatry in north-west London. Their research points out that the price of alcohol relative to income has halved since the 1960s and consumption has soared...

The researchers write: "Given the neurotoxic effects of alcohol and the inexorable increase in consumption, future generations may see a disproportionate increase in alcohol-related dementia. This could be compounded by recreational drugs, whose long-term effects are uncertain. There is a need to develop tools for assessment of alcohol-related cognitive impairment. It is difficult to motivate change in public behaviour when there is a delay between risk-taking behaviour and the onset of complications.

~By Kristina Backer, The Independent, 1 November 2008

“The World Health Organization has become a strong advocate of total abstinence from alcohol even in the current context of the ‘alcohol-for-your-heart’ hype. Their thinking reflects the judgment of many scientists, physicians, and public health professionals who are well aware of the facts that I have documented in this chapter. The WHO today uses the phrase ‘the less you drink, the better.’1 It is highly significant that this international body has taken the stance that even moderate amounts of alcohol consumption should be avoided. They insightfully made a number of critical observations that lead to their conclusion.” Some of those insights are found in the chart below.

“Especially noteworthy is this international body’s confirmation of one of my theses in this chapter: for people on an already healthful lifestyle (or who are going to adopt such), there is no evidence that alcohol provides any heart benefits. The World Health Organization’s position confirms in my mind that we truly are in an enlightened age regarding the effects of alcohol on human health. Indeed, when all the information is taken into account, the only conclusion that makes ‘health sense’ is total abstinence.”1 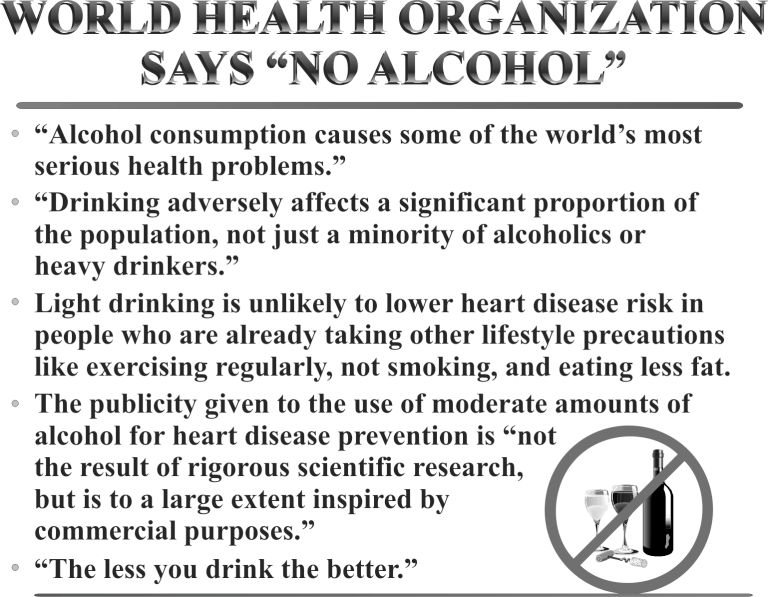 The Root Of Intemperance

“In order to reach the root of intemperance we must go deeper than the use of alcohol or tobacco. Idleness, lack of aim, or evil associations may be the predisposing cause. Often it is found at the home table, in families that account themselves strictly temperate. Anything that disorders digestion, that creates undue mental excitement or in any way enfeebles the system, disturbing the balance of the mental and the physical powers, weakens the control of the mind over the body, and thus tends toward intemperance.”

Recipe of the Month

Mix all dry ingredients in a bowl. Heat malt and pour over the mixture. Mix well and form into rolls. Store in refrigerator and cut off slices as needed.